Who we are is in our name.

We are Truly Social Games.

Get to know us

How it all started…

After a summer spent hunting for gold in centuries-old Mexican haciendas, CEO and co-founder Cooper DuBois returned to Portland, Oregon wanting to replicate his experiences for the masses in the form of a game. He teamed up with longtime friend (and game industry veteran) Patrick Tougas, and Truly Social Games was born.

Cooper and Patty then joined up with like-minded founders Dima Shyshanouski and Anton Augustinovich to open a development studio in Minsk, Belarus. Their first title, Planet Gold Rush, a mobile gold mining game, followed shortly after in September 2017. The company’s development capabilities increased in 2018 when founders Joe Bonar and Robert Baxter brought their studio in Vancouver, Canada into the family.

Who we are is in our name

The name Truly Social Games came naturally to us: we set out to focus on putting fun first! Our co-founders Patty & Cooper both had spent much of their careers creating violent games or casino titles and were ready for a conscious change- to create games that all players could enjoy. Not only that, but the games would be “truly social” in nature, so that our audience could become a part of the game creation process themselves. Through social conversations and feedback, in-game surveys, and of course, reviews, we listen and get to know our players, share behind-the-scenes stories, Q&A’s, and more, so that they can get to know us better, too.

Vibrant and eclectic, the city of Vancouver, Canada is home to newly-formed Truly Social Games Vancouver (TSGV for short!).  A long-established game development hub with an unwavering eye on the future of gaming and immersive technology like AR (augmented reality) and VR (virtual reality), Vancouver is also home to an expanse of world-class ocean and mountain vistas, as well as a richly diverse cultural scene. It’s no surprise that Vancouver is consistently voted a top travel destination and world-class city.

The thriving capital of Belarus, our studio in Minsk houses our development and design teams.

Dotted with historical landmarks, natural spaces, museums, and sports arenas throughout the downtown area, Minsk is a city with something for everyone, whether you’re a visitor or a local.

Located in the Pacific Northwest of the United States, our Portland studio is where our executive team is based. Aside from a strong arts and tech culture, there’s lots to love about the City of Roses. From the famous food carts, to a thriving music scene, to lush hiking trails only a short drive away, Portland might just become your new favorite place to live. (We have doughnuts and craft beer!) 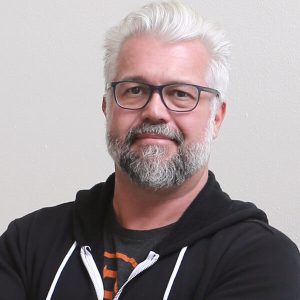 Cooper DuBois is CEO and Co-Founder of Truly Social Games where he is at the helm of all company operations, developments, and strategies. Before the launch of Truly Social Games, he studied Fine Art at San Francisco State University, and then went on to lead the charge at casual gaming powerhouses Big Fish Games in 2005 and DoubleDown Interactive in 2009 where he was Co-Founder and Chief Creative Officer. He now lives with his family in Portland, Oregon where he’s also the owner of The Liquor Store, a favorite (and award-winning) local bar. 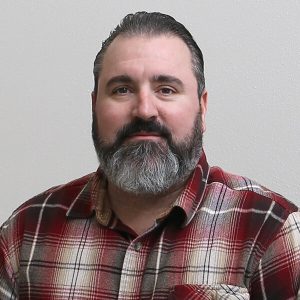 Patrick Tougas is CCO and Studio Director of Truly Social Games, where he oversees the company’s growth strategies and game development on all levels. A 24 year ‘AAA’ video game industry veteran, prior to launching Truly Social Games, he successfully bolstered the game catalogues of industry giants such as Blizzard Entertainment, Ubisoft, Square Enix and Capcom on titles/ franchises such as Diablo, Diablo 2, StarCraft, WarCraft Prince of Persia, Assassins Creed, Tomb Raider and Dead Rising 2, 4 and 5. He earned his degree in Special FX and Animation at the Vancouver Film School. In his free time, Patrick loves to go for rides on his motorcycle along the Oregon coast and play with his cat Eevie. 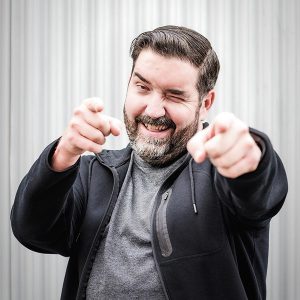 Joe has been creating games and building studios for over thirty-one years. He hears “I wasn’t even born when you made that game” quite often. He has been involved in just about every aspect of video game development in Europe and North America since developing his first game on Commodore 64 back in 1987. He keeps meaning to write a book about how amazing those times were. He has worked on hundreds of products for dozens of platforms from handheld through console, to PC, Augmented and Virtual Reality, and back to mobile again. He takes care of everything that helps take care of our business and our people. 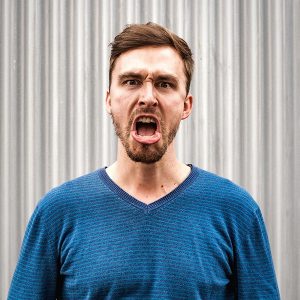 He is trained in a traditional Fine Arts background, and received his Bachelor of Fine Arts: Media Arts and Digital Technologies degree from ACAD. Since starting out in the industry at EA Vancouver, David quickly moved into a leadership role, creating effective direction for projects that span consoles, PC, and mobile platforms. His most recent project was ‘Tooth and Claw’ for HTC Vive. 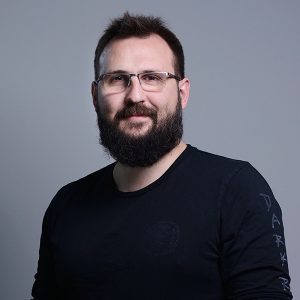 As Studio Director, Anton is at the helm of development and operations in Minsk. Before working at Truly Social Games, Anton built up 10+ years of experience serving as everything from designer to project manager of multiple mobile game projects. 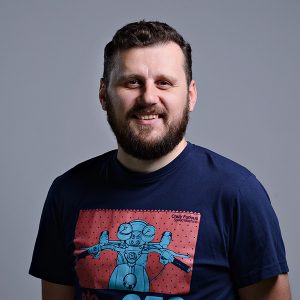 Dima Shyshanouski is the Creative Director of the Minsk studio where he oversees game design and feature development. Including his time spent at Truly Social Games, he has 15 years of experience under his belt working in game design and prides himself on bringing a strong sense of creativity and organization to his role. He also holds an arts degree from Belarusian State University.